Get fresh music recommendations delivered to your inbox every Friday.
We've updated our Terms of Use. You can review the changes here.

by Cheryl B. Engelhardt 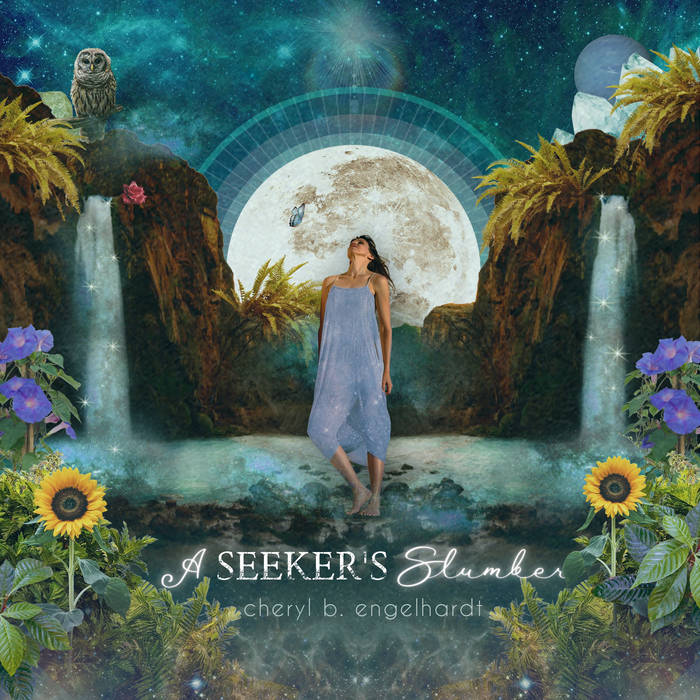 Robin Monterosso This song takes me to a good place. Every time! Favorite track: Circlet of Pisces.

Jeudi Take a gentle journey through your day with this brilliantly crafted concept album. Used as part of your daily grounding rituals or meditation practice, it will help you establish a positive mindset to start your day. Or if needed, play it at bedtime to mentally unwind, de-stress and drift off to sleep. I love this music so much! By turns this album is at once affirming, relaxing, encouraging and full of powerful wisdom and enchanting images. Favorite track: Unwind.

erniemuse First of all, I just love the vocals and piano on this album! The voices are so high and sweet, but always beautiful (never harsh). They remind me of my own instrument (the flute). The first time I listened to the entire album, I was in my car, in the middle of a huge traffic jam. The music put me at peace! ~ Ernie Mansfield erniemansfield.bandcamp.com/album/french-impressions-latin-themes Favorite track: Awæcnian.

Cheryl B. Engelhardt’s sophomore New Age release, a followup to her chart-topping 2020 album LUMINARY, gifts the listener with an etherial journey through a day of awakening, conflict, resolution, release rest, reflection, remembrance, and finally, relaxation. Bringing the science of the heart rate into her music, Engelhardt carefully chose tempos that would assist the listener in slowing down, quite literally, into a state of rest. Additionally, she chose to bring in lyrics reminiscent of her early pop records to assist the processing of emotions, a much-needed practice prior to falling asleep.

Half of the tracks are lyrical expressions, while half of the album highlights the voice as an instrument alongside intricate piano performances and even a live kalimba, all performed, engineered and arranged by Engelhardt. With special features by GRAMMY winners Joanie Leeds and Chava Mirel, 37 members of Cheryl’s independent musician mastermind AMPLIFY plus an appearance by SNL drummer Shawn Pelton, and even Cheryl’s own deceased father’s voice, the collaborations speak to the breadth of the emotions found on A Seeker’s Slumber. Listeners will experience what has been called “a goddess’s song” in “Unwind”, and “a sense of grounding” in “Ithaca” and the other instrumental pieces. The magic that is unleashed in “Awæcnian”, “Mother Gaia”, and “Anyway You Choose…” is unprecedented in Cheryl’s prolific body of work. Enjoy!

Composed, Arranged, Engineered, Recorded, Produced, and Performed by Cheryl B. Engelhardt unless otherwise noted.
Mixed by J Chris Griffin except for Circlet of Pisces and Emerald Dreams, Mixed by Cheryl B. Engelhardt
Mastered by Frank Gagliardi
Album Art by Lori Menna (www.cosmic-collage.com)
Cover photo of Cheryl By Katy Parks (www.katyparksphotography.com)

Cheryl is an award-winning composer and New Age artist, and a #1 best-seller on iTunes and Amazon. Her work has been featured by Forbes, People, Harper's Bazaar and many more. Engelhardt writes for films, meditation apps, and social justice choirs, including a recent collaborationIn with Dr. Martin Luther King Jr.'s goddaughter, Donzaleigh Abernathy. Learn more at www.cbemusic.com. ... more

Bandcamp Daily  your guide to the world of Bandcamp